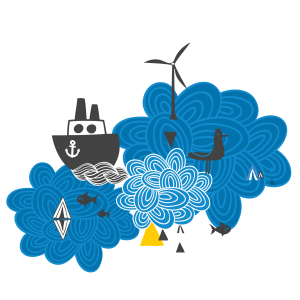 The Youth Plenary is intended to give the floor to the young professionals involved in MSP in BSR and beyond. They will share their observations and lessons learned of the MSP Forum as well as discuss how youth could be engaged more and what are the urgent tasks to be addressed by MSP in their opinion. Participants from BSR will present the ideas they have developed during the BSR Young Planners` Contest that was organized by VASAB this summer: Baltic BeaM, United Baltic Belt: Rethinking Borders and Future Food System of BSR. Contest proposals offer some fresh perspective on the marine governance.

Common quota system in which all countries will be given a ranking depending on how much pressures to the environment they cause.

A vision in which until 2050 Baltic Sea and its coastal area would be governed as a united entity.

The idea that conventional farming, especially meat and dairy production would be replaced with organic farming, more support would be provided to plant-based proteins. 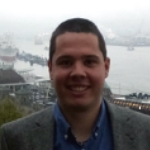 Dominic Plug is a spatial planner at BSH, the German Federal Maritime and Hydrographic Agency. He works in the unit “Spatial Planning”. That unit develops the maritime spatial plans for the German EEZ of the North and the Baltic Sea. Dominic is working as a project coordinator of EU funded projects in both sea basins, including the Interreg projects Baltic LINes and NorthSEE. He has been working together with national ministries and research organizations across Europe. Together with colleagues he has organised the Connecting Seas Conference. Dominic supports the revision of the spatial plans of the German EEZ, mainly focussing on the shipping sector and the coexistence of renewable energy.
Dominic has been born and raised in Germany and graduated from the University of Hamburg (Germany) with a B.Sc. in Geography and with a M.Sc. in Global Transformations and Environmental Change, focussing on spatial planning. 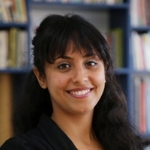 Shahba Alkebsi is an architect who graduated as Master of Maritime Spatial Planning in 2018. Currently she is working as an architect in Wiesbaden, Germany.
After doing an internship in the Finnish Environment Institute, she was inspired to write her thesis on mapping processes and the relevant data-collection mechanisms. Her vision is to make MSP-maps easily accessable and readable, thus creating MSP time saver book for future maritime spatial planners through innovative visualization uses.
Her passion of Maritime Spatial planning keeps her heavily invested in MSP or other environmental events linked to issues of the sea, keeping herself always updated and connected to the MSP community. 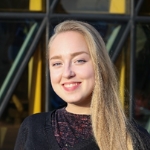 Dasha is a biomedical graduate currently pursuing a Master’s Degree in Nutrition Science at Karolinska Institutet. Passionate about health, nutrition and sustainability, her goal is to contribute to the creation of healthy and sustainable food systems for all. Currently working as an EIT Food RIS Fellow in Madrid, Dasha is gaining experience in the field of science communication and entrepreneurship at the IMDEA Food Institute, one of Spain’s leading institutions in Food & Health Sciences. 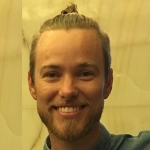 Bruno Minuzzi Schemes holds a bachelor’s degree in Oceanography and a master’s degree in Maritime Spatial Planning under the European joint programme Erasmus Mundus. He has a background in coastal morphodynamics, aquaculture and conservation. His master thesis dissertation focused on the proper allocation of sustainable aquaculture and its governance within Marine Protected Areas in the Macaronesia region. He worked as consultant and intern for 2 MSP pilot projects for Azores, Madeira, and Canary Islands. He has particular interest on Ecosystem-based management of human activities (especially sustainable aquaculture and fisheries), integrated land-sea planning, community-based management and conservation. Soon, he will be starting a new job related to the management of sustainable clam harvesting activity within a coastal protected area, in Azores, in Portugal.