This activity is working on the development of as best as possible transboundary coherent SEA using a coherent approach and assumptions for the southern Baltic as test case for methodologies and guidance developed previously (in projects as well as in national and international fora). We are focussing on a test case area, involving as many cross-border partners/sites as possible. Based on comparing existing SEAs, analysing their similarities and differences and also checking the EBA requirements in the test case area, the progress will lead to recommendations on the integration of EBA for the national SEAs. 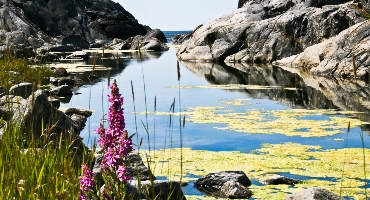 The handbook „EBA in MSP – a SEA inclusive handbook“ aims to be a practical tool for the daily-planners-work in a transboundary environment – in the Baltic Sea and beyond. Addressing the implementation of an Ecosystem-based Approach (EBA), guiding through the comparison of different Strategic Environmental Assessments (SEA) and linking MSP to other key policies like the EU Marine Strategy Framework Directive (MSFD.) It is based on literature research, analyses of existing plans and interviews with experts.

A workshop on similarities and differences of SEA in the Baltic Sea. Is SEA an important part of the MSP process? Yes! “Integrate it with integrity”- @Jan_S_Crona #PanBalticScope #EIA #EBA #SEA #MSP #Coherent_planning pic.twitter.com/UtSosg5dT7 — Stefan M. Husa (@husa_m) October 23, 2018

How to integrate the #MSFD with the #MSP and how can MSP processes support #Good_Environmental_Status? Do sectoral-policies drive MSP development or vice versa? These were a few topics that were discussed in the workshop today!#PanBalticScope #EUSBSRBetterTogether #BalticSea pic.twitter.com/JOcn1w0opA